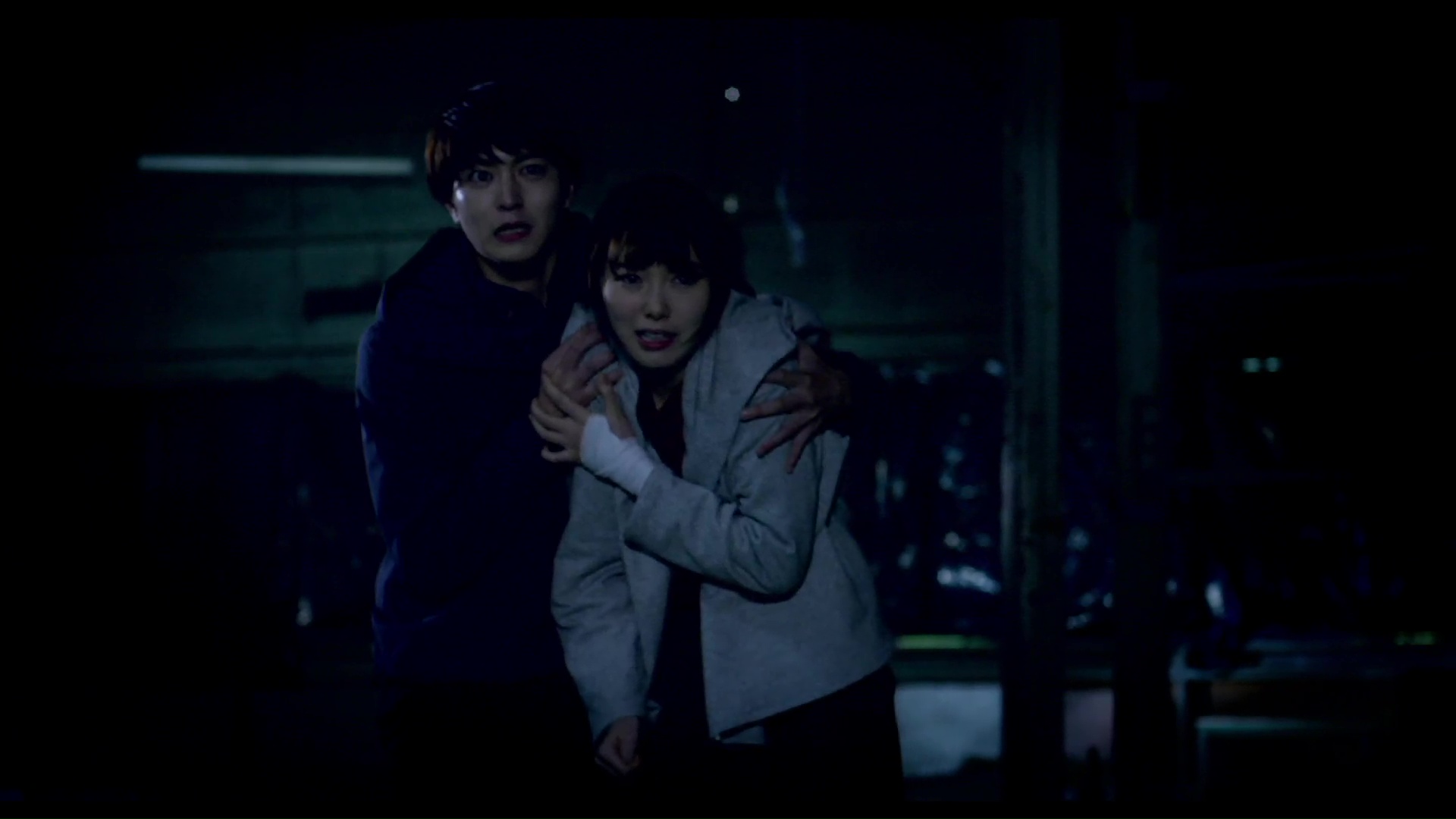 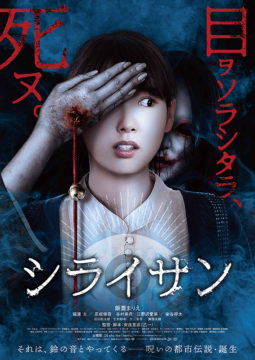 Story: Mizuki is a student at an university who is shocked by the sudden death of a friend during a dinner, when she was telling a terrifying story. The worst being the cause of death, her eyes literally exploded. Mizuki, with the help of Haruo, a young man who’s brother knew the same fate, will investigate on those strange deaths, and finally, they will hear the strange name of Shirai San. 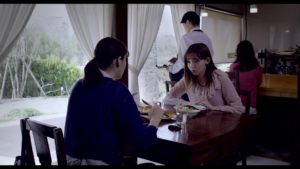 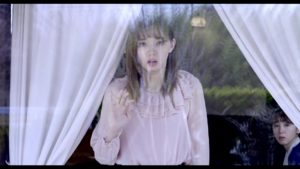 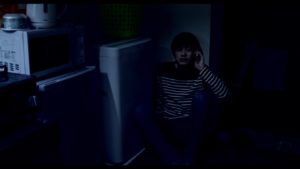 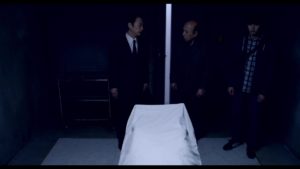 Once again, a big thank you to Oli from the blog Échec et (ciné)mat for the discovery, he insisted quite often for me to check on this Shirai San, one of the best J-Horror flicks since quite a while, for him. And we can all admit it, the genre itself is pretty low, and it doesn’t even matter anymore if we’re talking about V-Cinema or real movies on a big screen (you can check Sadako from Nakata and we’ll talk about it again, if you survive). Shot and then shown in various festivals during 2019, mainly in Canada (lucky bastards! haha), Shirai San was finally launched in Japan in January 2020. And it’s thanks to the Japanese Blu-Ray I can finally talk about this excellent surprise written and directed by Adachi Hirotaka, more known under the name Otsuichi. Also known under its international name, Stare, despite the fact that outside of festivals, Shirai San wasn’t released anywhere except in Japan, it is, by all mean, a classical movie. Some strange murders, an urban legend, some possible future victims who investigate, a slow rhythm and a dark atmosphere. When you read the story, you can easily say you have seen the movie already, dozen of times since the release of Ringu in 1998. The film doesn’t try to hide it, it’s narration is pretty similar after all. But there is indeed a little something here that works, a little something that gives the movie an « old school » effect, and not just a « copycat » taking a known formula again. Shirai San even succeeds in something unbelievable: creating the most interesting urban legend and maybe genre film since many years. And there are many reasons to that. 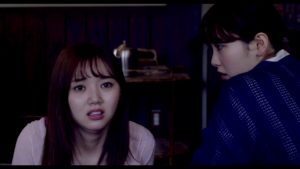 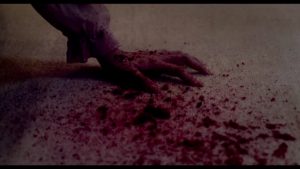 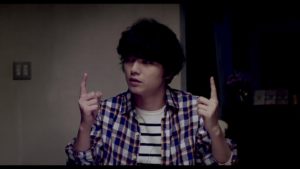 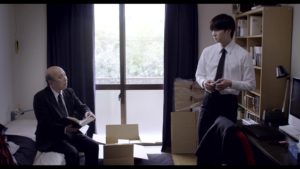 We notice it at the start of the movie actually, but Shirai San was shot seriously. No shaky cam at every corner, no bad lights during night scenes. It’s a clean job here, well done, well executed. And if the script follows a road well known from amateurs of the genre, with a few scares and murders to launch the story, before an investigation by the two main characters, in a limited time of course, the script also knows when it should deviate a little from what we expect from it, to surprise us. We could also talk about the actors, far from being bad actually, and far more better than all those idols, who are, let’s say, lovely, but who doesn’t know at all how to act, how to be natural in front of a camera. What a surprise also to see in a small part Sometani Shôta (First Love, Himizu), an actor I really liked since a while, and I start to like him even more lately. Classic yet classy, predictable but not without surprises, gripping, Shirai San has more than one trump card up its sleeve. And then there is of course the famous legend giving its title to the film, arguably the greatest success, as the film plays its cards slowly, when it needs to be done. The special effect team actually made a nice job on the design of the « creature » from the movie. It’s original, and it appears only when it needs to appear, by night but also by day, yes! 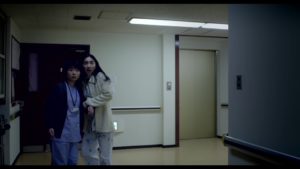 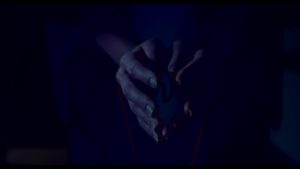 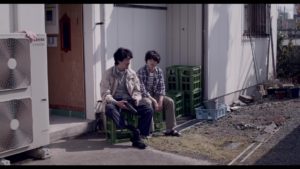 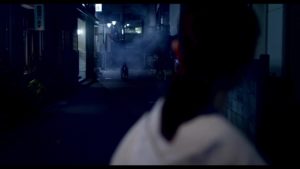 But of course, nothing is perfect, and there are a few missteps here and there, which unfortunately occur at damaging times. The most glaring example being the hospital scene, it’s a wonderful scene, the tension is right here, you can feel it, slowly, and the end of the scene should be amazing, instead the film uses bad CGI there. But I know, I’m a pain in the ass, because even if disastrous, really, the plans using CGI are rare and often stealthy. There is therefore a worse misstep. And it’s true, Shirai San does things very well most of the time, and even goes, in a Ringu’s style, at the opposite of all the horror films lately using again and again shitty jumpscares instead of creating a good atmosphere, or worst, to its own credit. Ultimate shadow on the board then? Why raise the tension so well, bring us to a very good final, conclude all this with a final shot which is certainly predictable but which always has its small effect, if it is to put us the second after the end credits on some Jpop music?? That breaks everything, doesn’t it? Or is it a process, which Shirai San isn’t the first to use, to release the tension and clearly bring us back to the movie theater / living room? You got it, Shirai San is not perfect, but in the genre, it is arguably the best surprise of 2019/2020. The film has in any case seduced the spectators, at least on blogs and those present at festivals. But apparently a little less the average audience, as evidenced by its average imdb’s score a bit below 5/10. Not everyone can have good taste! 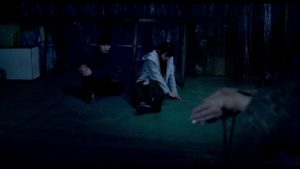 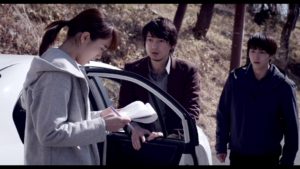 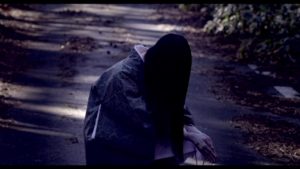 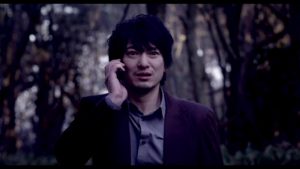 A very serious and precise direction
Some good tension’s scenes
A classical narration but it works
It takes time to create a real atmosphere
Shirai San, a good legend and a good ghost

So: Shirai San, despite the fact that we speak less about it than the horrible Sadako last year, is the good surprise of the genre. By using a formula that is nevertheless well-known, the film takes its time to spare its effects and to grab us into its plot and its atmosphere. Successful bet.