THE SINS OF DRACULA

Story : When Billy, a young man of faith, joins the local theater group, he finds more than teenagers involved in all manner of vice, but also a secret cult of Devil worshipers who are hell-bent on resurrecting Dracula, the King of Vampires, from his grave. Will Billy survive, or will he suffer the sins of Dracula’

So we are in 2014, and after delivering in 2013 the dark drama Normal, Richard Griffin joins forces with screenwriter Michael Varrati (they’ll work again together in 2015 for Flesh for the Inferno) to deliver a vampire movie, so here’s The Sins of Dracula! Again filmed in Rhode Island, for $20K, shot in only nine days after two days of rehearsals, still with Sarah Nicklin and Michael Thurber on board. Never change a winning team after all! So, after Normal that was dark and serious, a much more fun film here. Because, let’s be clear, to me, The Sins of Dracula is a love letter to the genre, to a few movies, but it’s also a comedy. A comedy having fun of the various subjects it decides to talk about. Yeah of course, there are some vampires, even if Dracula isn’t all the time on screen, far from it, but more important, there is the image of the religion. Richard Griffin already did it in 2008 with Nun of That, and continues this time, helped by the script from Varrati. Our main character, Billy (Jamie Dufault), is a man of faith, and inevitably, when he decides to open himself to the world and to join a theater’s company thanks to his girlfriend, it makes sparks. Yes, over there, there is of course, a drug addict, a gay, a gamer girl, and a fan of music who decided to change his name for NuWave…

But if Billy will have a hard time to accept those people, they don’t know that their leader does his best to bring back Dracula to life. Let’s be clear, if you want to see Dracula on screen permanently, and those of you who see Dracula has a seducer will be disappointed, clearly. As said by the director, his inspirations were more films like Taste the Blood of Dracula, the Hammer film (one of his favorites). Here, it’s also a ritual to bring the vampire back to life. Once Dracula is finally here, he doesn’t speak, bringing back the image of the mute vampire from Dracula Prince of Darkness, another Hammer film. And who’s better to be Dracula than Michael Thurber? Perfect choice here, and despite his silence, he gives a convincing performance of the prince of darkness. And of course, everything around him has a very 70s vibe, maybe also 80s sometimes! Aesthetically, it’s pretty well done, the cinematography looks great (soon, I’ll be able to check the Blu-Ray). The Director uses all the codes from those years, without going too deep into it like in The Disco Exorcist (no scratches on the film, no missing reels). But ultimately, the greatest strength of the film, with of course his comic situations and the pretty dark humor, it’s the cast!

Like I said above (and already on other films directed by Richard Griffin), a cast of regulars. If Michael Thurber is convincing as a mute Dracula, the prize goes certainly to the leading cast, the two main actors, the couple of the film: Jamie Dufault and Sarah Nicklin. The discovery of a new world for Jamie’s character works really well on screen, and after the scene where he talks to God (I read it wasn’t even in the first draft of the script), the couple takes a new direction, still with some comical situations, but with something more now: they are both cute and endearing! The chemistry between the two actors works and makes their scenes, even the most insignificant ones, great, even sweet. Of course, with such a title, the film doesn’t hesitate to return as much as needed to those good vampire scenes, with long teeth, stick through the heart, decapitation, all under colored lighting. But always with this dark humor, perfectly balanced. But don’t get me wrong, those of you who are, let’s say, refractory to small indie films made with not a lot of money (but lots of love) will maybe have a hard time. For the others, the regulars, those who appreciate those kind of films, and the atmosphere from the 60s, 70s and 80s, The Sins of Dracula will be a good pick, for a pleasant time.

A tribute to the good old days

And also the indie low budget kind of film

Soooo : The Sins of Dracula is full of fun, and plays with it more than the accumulation of vampire’s attacks. The result is definitely entertaining, and is a great tribute to the Hammer films! 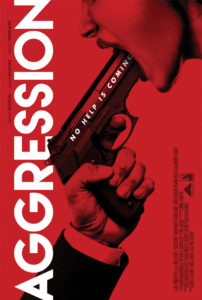