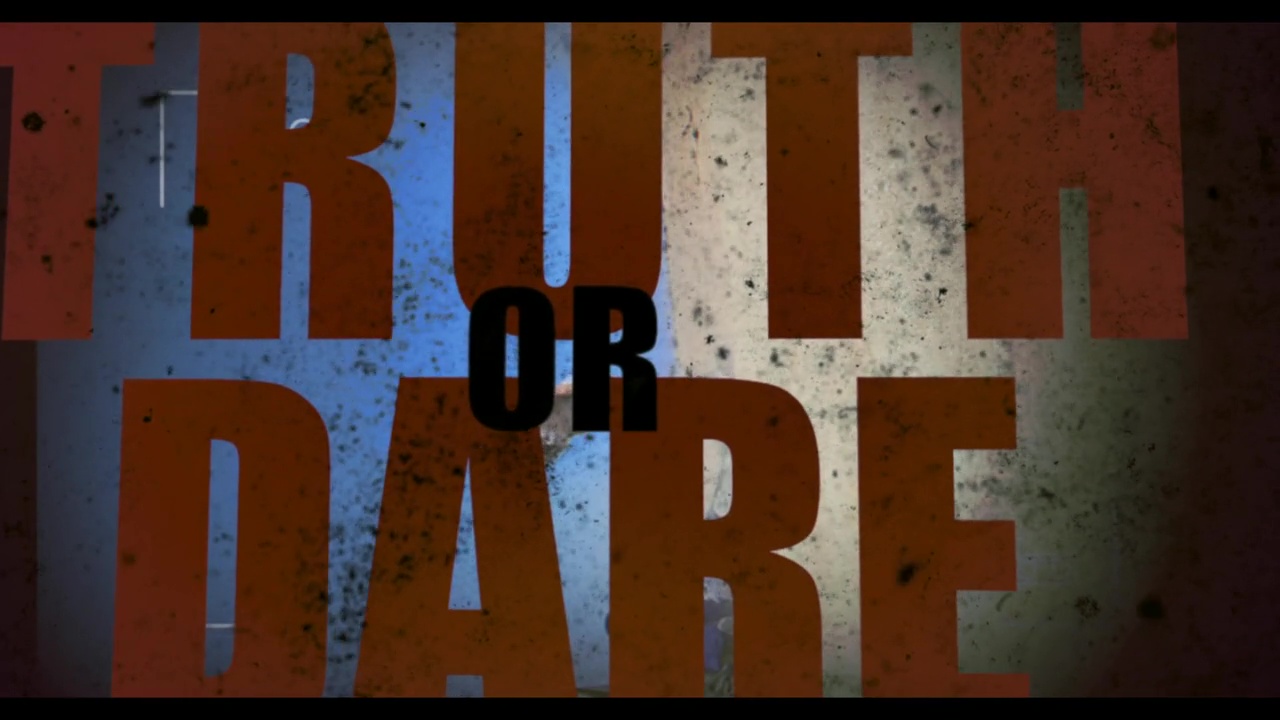 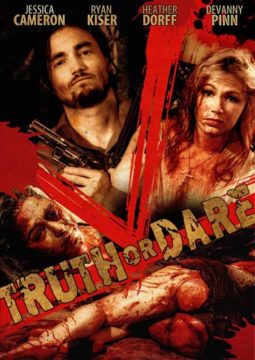 Story: Six college kids find internet stardom when they make « Truth or Dare » videos with a violent twist. It is all fun and games until their number one fan decides he wants to play by his own rules. 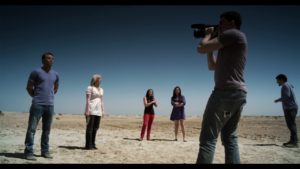 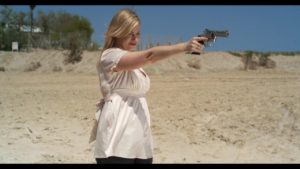 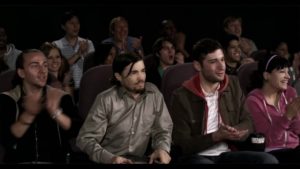 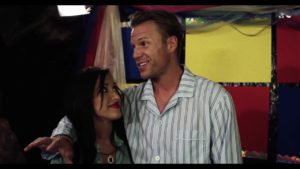 After a few years in the industry, acting in shorts films and indie low budget horror films, Jessica Cameron decides in 2013 to do something new. That’s how Truth or Dare was born, a film she was set to cowrite and produce in the first place, and of course, to be one of the leading role. But when the few people she had in mind to direct were not available, here the little Jessica doing something new. She’ll be the director. And she liked it, because she still directs now, with her last feature, Mania, being in festivals right now. So Truth or Dare, her first feature, a film with a simple script, some people might even say it’s only déjà vu. A few young people have some success on the Internet thanks to their videos, fake of course, are sequestered in their new location by a guy claiming to be their fan number one. No more special effects and off screen horror, this fan will push them to play truth or dare, a new twisted version of the game, violent, and sometimes even sexual. A lie and you can be stabbed, you refuse to do a dare and you can end up being shot in the head. The film, on a simple way, will raise tension, set a proper atmosphere, and slowly, will become darker and sicker while developing some themes. 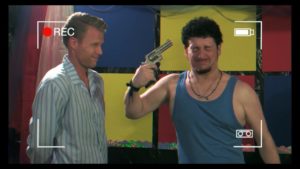 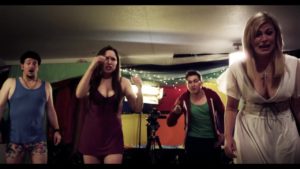 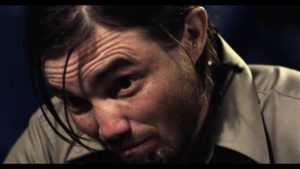 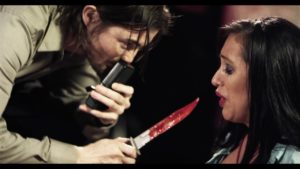 Here, again, we quickly realize that we don’t really know our friends, that under the smile of our best friend can hide a monster. Nothing new yes. Beyond this theme, Truth or Dare also points his finger on people who become famous by making basically anything and everything on the internet just to be noticed, but also in a sense their audience with this number one fan, persuaded to hold the truth and to know the audience’s expectations. If a video is criticized because the audience is convinced that it’s special effects, they must be given more realism, or even the only thing that attracts everyone: sex. The first good point of this small production, is that if the subject and its themes are not new at all, its story remains well written. And it needed it, because let’s face it, there are not a lot of characters (six captives and one fucked up guy), and the film takes place in basically one room after the opening sequence. But the script manages to install a very pleasant cruising speed, making the whole thing entertaining from the beginning to the end, and manages to go crescendo, with truth or dare more savaged, and even, let’s say it, disturbing. 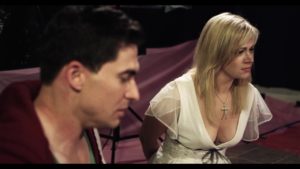 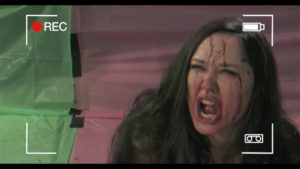 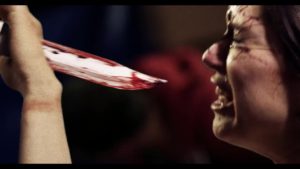 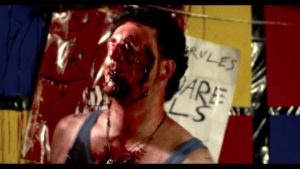 For example, it’s one thing to learn that your best friend is having sex with your boyfriend, but seeing the thing with your own eyes (and with a few bloody tortures), it’s not the same thing. Truth or Dare begins slowly, with truths and dares that would almost be describes as nice (although the nipple things… it hurts!), before going into a more disturbing environment for the last half hour that seems to never stop. The gore effects were in the beginning pretty fast, they become now something to help the plot moving, on a relatively daring way. When for example the Saw films quickly became ridiculous with its stupid traps, Turth or Dare keeps a realistic climate and in a sense, a simpler one. And it only makes it more powerful and toughest for the viewer. Of course, the viewer who is more used to go see big blockbuster films could be put off by some aspects of the feature. Like it’s low budget aspect, even if it’s really well managed, but also by its tone. Here, the gore isn’t fun, it’s not supposed to be. And I think it’s a good thing. So good job! Shame three years after filming, and with that many nominations and prizes in festival, the movie only got a release on DVD in Germany! 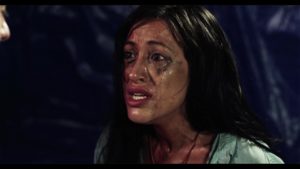 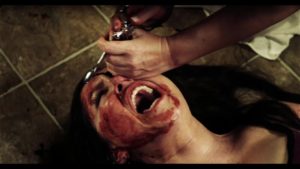 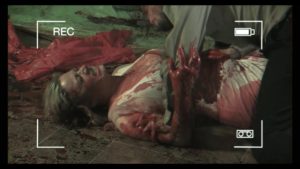 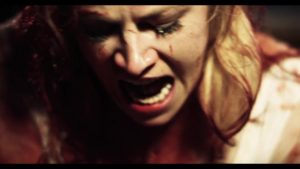 Simple but effective
A good tension
A bloody and disturbing finale

Some small bad points due to the tight budget

So: The directorial debut from Jessica Cameron are promising. She delivers a film that becomes progressively disturbing and very violent, without a hint of humor.